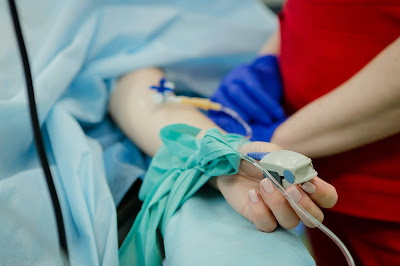 As part of my ongoing professional training I have recently come across a range of pharmaceutical products indicated for ailments that were partly unknown to me, but that due to their profile I consider obligatory to write about as these have potential to impact on the health of unaware tourists (typically immunologically naïve) travelling to areas where the incidence of such issues is very relevant. Especially now that gradually and slowly the world is opening doors and borders, once again, to tourists.

Japanese Encephalitis - this is a very relevant public issue in Asia, a seasonal endemic disease in 24 countries across the continent and that is transmitted by a mosquito bite with grave consequences (high morbidity and mortality numbers) and presently lacking an effective treatment [1], hence prophylactic vaccination is the best way to go, especially when considering that there are no laboratory virology tests designed for its recognition [2]. This disease is the number one reason for viral encephalitis and neurological disability in the Asian continent [1, 2].

Scientists and clinical staff consider that most of the cases remain unknown because they are never reported to health authorities and health support bodies. With 68000 symptomatic cases, almost 3 thirds of infected are children [1,2]. The reasoning behind under-reported cases might be associated to the symptoms resembling different common health issues, non-specific symptomatology and the lack of knowledge the infected and healthcare workers hold on this problem. The idea that diagnosis requires liquid to be collected from the cerebrospinal fluid, in order to analyse the content on antibodies, might as well put most of the infected and a financially-limited healthcare system off.

Since the word epidemic is now known to the main public due to the covid-19 pandemic-after-epidemic, Japanese Encephalitis has already caused deadly ones, for example in Indonesia Papua New Guinea, and even in an area of Northern Queensland (Australia). Transmission occurs initially within a restricted animal population (usually pigs and birds drinking from infected water sources). However, due to low viremia (presence of virus in the blood) in humans we represent a stoppage (i.e., dead-end host) in the infectivity process, but every 1/1000 infected person will develop the disease whereas a third of the symptomatic patients eventually perish [3]. When patients are fortunate enough to recover from the disease, so much neurological damage is left behind that a sort of 'Long-Japanese Encephalitis' might take weeks, if not months to be corrected (some patients might need help for the rest of their lives). [1]

The virus has an initial incubation phase that could go from 4 to 14 days. The very first symptoms emerging would be the 'typical' acute headache, vomiting, pyrexia. These will later on progress to behavioral and mental changes and acute weakness that emerge of the initial stages of following, more severe, symptom, i.e., acute encephalitis.

Only a sustained consistent vaccination program developed in the endemic areas was capable of controlling the spread of the disease, but not able to eradicate it. [4]

Photo by Olga Kononenko on Unsplash