What are 'The effects of plant-based diets on pancreatic beta-cell function'? - Part 2 of 2 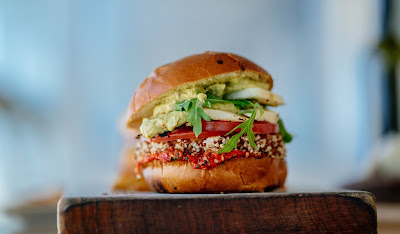 On the second part of this analysis I would like to focus entirely and immediately on the study findings rather than dwelling too much on the strengths, limitations and possible confounders of the same. Anyone can read the paper and become aware of where further necessary investigations should go to account for reducing the limitations of this study, enhancing their strengths and rid of possible unnecessary confounders.

The results obtained in the study by Janko et al., 2021 objectivates certain information that, even though could and is also directly and indirectly related to additional variables, since the body is a holistic system, do attribute value to the plant-based diet in managing glycaemia:

1) The review used three randomised controlled trials which immediately offers an unbiased perspective on the study populations as it intends to account for significant heterogeneity between the different applied trials. However, the author is clear on a decision to not performing a meta-analysis that could have made the identified observations far more robust, but being allegedly the first systematic review covering this topic, a meta-analysis would be almost impossible, ergo the decision to not opt for such, I suspect. I assume I was not entirely sure that this was the reason behind the researcher's decision so I contacted my friend who confirmed that a meta-analysis was not a valid option 'because the individual studies weren't comparable, and didn't use the same intervention or biomarker". Makes perfect sense and it's a sensible decision.

2) The authors also observed that 'glycaemic control and beta-cell function, as measured by insulin secretion, can be improved by a plant-based diet' and that insulin synthesis pertaining to the period after dinner or lunch 'was significantly higher after a vegetarian burger compared with a meat burger' something that derives directly from a referred study by Kahleova et al, 2019 [1].

3) The reference normal levels of C-peptide (the endogenous pancreatic substance that informs one of the insulin secreted concentrations) in people without diabetes sits between 0.5-2.7 ng/mL. The observed reductions (see Kahleova et al, 2018) [2] of 0.5 ng/mL in fasting levels is  obviously  a medically significant one, especially when compared with an increment of around ~19-20% (0.5 ng/mL) (a possible indication of hyperinsulinaemia, as the authors infer from results obtained with the control group).

4) The reduction in glycated haemoglobin [HbA1c - see part 1 for more information on this indicator) 'at 24 weeks' as observed by Kahleova et al, 2011 [3] was also understood by the authors as clinically significant when compared to the control group. 'HbA1c levels and a reduction in diabetes medications may not be a direct measure of beta-cell function, but they are certainly a measure of glycaemia and diabetes management, and the plant-based diet groups experienced improvements in both measures in this trial'.