Herd Immunity - the unheard of approach for managing this Pandemic 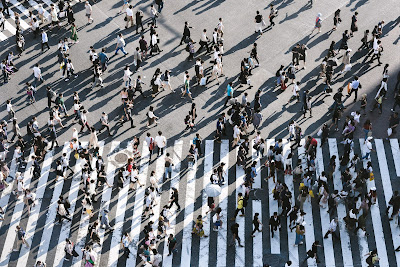 By the start of this corona virus pandemic, my wife and I sat down and immediately agreed that in order to save the global economies, one would have to make concessions, and the most difficult one is who to save. Amid a pandemic it's impossible to fix the Titanic, save every one on board, take them to a comforting safe place and allow the band to play amusingly throughout the whole process. Life is just not like that, and only politicians like to portrait reality as a do-or-die strategy. That only works in two basic assumptions, 1) when they have no idea how to fix the issue and need to show voters they are still in command, 2) when they want to publicise the Armageddon as near and somehow their incredible wits are here to save the day and rescue us from the abyss. Both assumptions only work with dumb people who don't offer a second to deep thinking and are fairly hypocritical in fallaciously attempting to show control of the supposed unknown.

As I was initially saying we had immediately understood, not because we are incredibly clever but because we are not easily decoyed by small talk, that herd immunity would be the only capable approach to reduce the overall damage whilst allowing the limited available strengths to focus on risk groups and those most in need of support. But Hell no, a primitive approach with no previous example of success was immediately put in place as the only feasible concrete strategy to contain the supposedly unfamiliar invisible enemy. Some of our friends criticised us for lack of democratic heart, for a heartless artificial selection of those who should be living, and liberally shouted the need to protect lives before economies, as if things weren't immediately and directly linked synergistically.

Before such aggressive response from others we refrained to disclose more vividly our opinion on herd immunity, especially because the concept itself was so falsely dilapidated of sense that somehow turned into an irresponsibility of the ignorant rather than having its logic presented to the public in an adequately scientific fashion.

But luckily, more and more scientists started gaining the correct timing and plateau to display the positives of such understanding of what life is and must be, an intricate complex web of valences that intertwine and interact naturally by means of forces that are prompted by stimuli inputs, by all of us, viruses included. And this feeding of stimuli learns from its inter-relations as it unfolds, it is not a closed environment and it is not an immutable one. One must go on actively learning the inferences to predict fast and apply strategies for more positive results.

Many have ridiculed the idea of a herd immunity basically because the idea itself never had time and a stage to properly disclose the ins and outs of the approach. But that changed since the meeting of three expert scholars, expert epidemiologists (read their names and their respective alma matter at the end of the post) who met in agreement for redacting a declaration pro-herd immunity approach. They fairly and thoroughly explained the reasons for their meeting and the final objective in the shape of a declaration that I hope you can sign and pass on, if you agree with the principles of it; but the most important part of it is the scientific backing of all they say, contrarily to the verbiage that some State Representatives constantly make use of and that is supported only by their political agenda.

Please find below the most relevant aspects of the video I analysed for you and I hope that the words of these three experts do indeed alert people to the most relevant fact that is presented to us by this pandemic - our lives must go on whilst protecting the most vulnerable ones, but not at the expenses of All, but with the participation of ALL. Especially in this day and age where people who have the disease are being stigmatised, and us forced to believe that it is perfectly acceptable to be imposed by governments in accepting a fully Orwellian control/track application that deeply offends your privacy and freedom, backed by the ridiculous fact that supposedly we already offer so much of our privacy away by using social networks that this would not be a massive sting to our already deeply wounded dignity/identity:

B) There is need for a continuous herd immunity so the most vulnerable can be taken care of whilst young people and those who are not high-risk can continue with their lives.

D) Even when we have a vaccine we would be relying on herd immunity for this epidemic.

E) Herd immunity is a recognition of a biological fact, not a strategy... There is a misconception when people hear the words 'herd immunity'.

F) The proposal offers concrete ways to address the needs of the vulnerable... The premise is not to do something reckless, the premise is to take account of all the public health.

G) The key thing is that whatever strategy we use, we will reach herd immunity so we should be taking care of the most vulnerable... and there is various ways to do this, e.g., in nursing homes (with frequent testing and less turnover among the staff); teachers above the age of 60 should be working from home but there is no reason for a teacher in his 30s to avoid going to work.

H) We can never protect people 100%. We should move towards this regime [herd immunity] immediately, remembering this would not be a permanent state of affairs, but a period of approximately three months that would take for the virus to sweep through the population. It's a fundamental feature of the pathogen as the kind of infection period that sars-cov-2 has that it should rise-peak-drop off in that sort of period, and this has been observed in many countries... Then we would reach a time when the most vulnerable wouldn't see the younger ones as a danger. The policy that we currently have extends the period where the grandmother and granddaughter need to be distanced from one another. The herd immunity strategy is more humane.

I) A focused protection expands freedom in the sense that it allows one to re-engage. Freedom is important but we need an informed freedom.

J) With the current focussed approach [taken almost globally] we are protecting low-risk college students and low-risk adults in privileged classes while placing on the poor classes the job of generating immunity that will eventually protect all of us, especially on the backs of the urban working class.

K) [With the herd immunity approach] an over 60s bus driver would not work, he would take a sabbatical with social security support, and other welfare support, for three to six months until immunity would [surface].

L) The present strategy [used by the different governments] exposes poor people to risk whilst protecting the rich. Herd immunity promotes equality while the present strategy promotes inequality. Science and morality must point in the same direction in what concerns public health... Lockdown was pure damage to society.... 130 million people would starve to death if a new lockdown is imposed.

M) The present difference risk between youngsters and elders is a 1000-fold in terms of mortality, and this is the weakness of this pandemic that \needs to be used in our advantage.

If you'd like to listen to the video conversation of the three experts who participated in the preparation of this declaration, please access the UnHerd TV video here. TO SIGN THE DECLARATION, please ACCESS HERE.

Dr Sunetra Gupta is a professor at Oxford University, an epidemiologist with expertise in immunology, vaccine development, and mathematical modelling of infectious diseases. [1]

Dr Kulldorff is a Professor of medicine at Harvard University, a biostatistician, and epidemiologist with expertise in detecting and monitoring of infectious disease outbreaks and vaccine safety evaluations. [1]

Photo by Ryoji Iwata on Unsplash