A variant of SARS-CoV-2 can still be out there, and we may be the lucky ones to get it 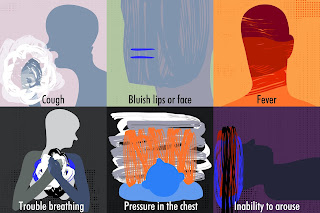 A friend of mine has brought to my attention an article recently published on the effects of a major deletion in the SARS-CoV-2-genome [1] (the coronavirus genetic pool, let's say) on the severity of infection and its associated inflammatory response. We discussed it with a lot of interest, considering all the positive predictions such implications would have in the outcome of this very disturbing and concerning pandemic. And even though the article focus on a cohort study based in Singapore, meaning just a limited sample in a specific constricted time and space was analysed, certain 'extrapolations' could help foresee or predict positive outcomes.

The researchers studied variants of the severe acute respiratory syndrome coronavirus 2 (SARS-Cov-2) at seven public hospitals by retrospectively identifying patients that had been screened for the Δ382 variant. And then they compared these with the ones infected with the wild-type. But what is the difference between this Δ382 variant and the wild-type? For those who are not familiar with genetics, imagine that the wild-type is the very first virus that presented itself to us humans, as wild as one can find it, straight from the jungle, no changes to its genome as this would be the very first of all. Then we have the Δ382 variant which is the wild-type but with something different, be it added or removed, like a car with three or five wheels.

It happens that this Δ382 variant has something less than the wild-type, i.e., a deletion that truncates (slices a bit of a bigger important structure), and the researchers realised that this deletion possibly impacts on the virus transmissability and also on its virulence. In addition, they even realised that the structure affected by such deletion is the ORF 7b (an open reading frame - part of a reading frame in the genome that has the capacity to be translated) and consequently removes the ORF8 transcription-regulatory sequence of the genome. The result is a Δ382 variant  of SARS-CoV-2 that is likely to be associated to a much milder infection because this variant might be less effective at infecting a new host since the ORF8 structure is linked to lessened inflammatory potency. Why? Because the removed bit is a 82 nucleotides and 415 nucleotides in a very important genomic section, even though the biological function of the ORF8 protein in SARS-CoV-2  is still to be clearly known and described. But further in-vitro analysis have also shown that said deletion does not affect the replicative fitness, meaning the capacity for the virus to go out there and multiply like little crazy hot hormonal rabbits.

But again, what are the implications in terms of symptoms revealed by sick people infected with variant Δ382? When researchers compared people infected with this variant alongside those infected with the wild-type only, five aspects were quite clear and promising in the way that they add in to understanding how a pharmaceutical could be developed in the future; not to vaccinate but to inhibit/repress the viral protein proneness of this pandemic agent:

1) In terms of fever, those infected solely with the wild-type are about 4.2-fold more prone to pyretic effects... that is quite a difference!!!;

2) In terms of cough, an aspect that not only portraits a likely lung affliction but also impacts on the immediate transmissibility of the virus - those infected with the Δ382 variant solely are 3.1-fold less prone to reporting cough;

4) All together the observed data have also shown that the two most important traits in symptomatic patients, meaning hypoxia (lack of oxygen) and pneumonia (infection of the lung(s)) is tremendously reduced in those infected with the Δ382 in comparison to the wild-type, thus suggesting that this deleterious event that resulted in this mutant produces a much milder outcome.

5) This study finally concludes that the ORF8 can very likely become a successful target for a pharmaceutical or therapeutic strategy that studies this viral infection in humans. Event though the ORF8 deletion does not suppress the replicative capacity it does reduce the strength of consequences in the human body. And this is ever more important when we consider that this variant shows difficulties in attaching to a new host as the secretion of its infection proteins might be impaired.

And don't forget, this was the variant that was successfully transmitted in the early days of this pandemic even though the confinement and control measurements have wiped it prior to March this year. But lessons were learned so we can start applying the acquired knowledge for a future medical/pharmaceutical approach.