The buzz around vaccine adjuvants 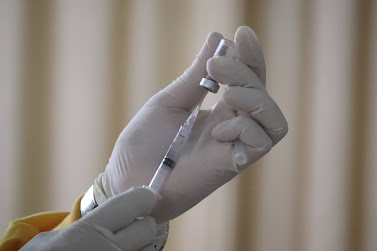 There has been a huge buzz recently in my line of work, coming from many preoccupied members of the public who have expressed their concern around adjuvants used in the Covid-19 vaccines. The concern is acceptable however most of what is suggested by the public is not immediately correct. A lot of people have assumed their panic because some of the adjuvants might be based on aluminium (a known heavy metal with relevant toxicity), and other adjuvants assumed by the public as more organic and for that matter supposed immediately safer to use. In order to clarify the public of the ins and outs of the dangers associated to any of the aforementioned aspects, it is important to also be aware of the science behind the use of adjuvants, as only a composed knowledge can be fully integral.

What are vaccine adjuvants and why are these used?

Adjuvants are merely substances that, generally speaking, are introduced in a system to help it perform its functions better. In that sense, vaccine adjuvants are ingredients that when put in a vaccine will enhance the immune response, especially on those vaccines that use weakened viral compounds and particles, and where the immune response might not be sufficient to have a fully effective vaccine [1]. It's a 'helping hand' to make the vaccine's effect more pronounced and accurate. In completely random terms but with the sole purpose of producing a visual aid, imagine that someone (a virus) is entering your house (vaccine injection) and you want the guards (immune system) to be fully prepared to repel the robbers (immune response) and be prepared to avoid them breaking into the house again in the near future by training sentinels (memory cells) that specifically recognise them robbers and contain them before they can cause any further damage (antibodies). The adjuvant would be the alarm ring that would buzz noisily as the robbers enter the premises, to make the immune system fully aware that unwanted people have invaded private property, hence helping prepare a much faster and robust response to contain them.

Which are the most typical vaccine adjuvants?

Vaccine adjuvants have been used in clinical virology for decades with very positive results, however recently some researchers have re-evaluated the role of aluminium-based adjuvants and consider them to have had their efficacy overrated through the years, and possibly inadequately assesed for their neurotoxicity and potential adverse effects [2,3]. Some people ask why are new adjuvants being studied if the scientific community sees aluminium-adjuvants to be completely safe? My personal take is that three very specific reasons support it, the first being the fact that better/more accurate/more potent adjuvants are known to generate more pronounced immune responses in terms of vaccine efficacy, where the toughest challenge is to develop vaccines that can induce a stronger "T cell immunity with purified or recombinant vaccine antigens" [5]; the second is the need for more organic solutions that will not react or interfere concomitantly with other medication and/or metal-sensitive procedures, such as the lipid rafts in the cell membrane that can cause "cell damage and necrosis with release of uric acid, ATP, and DNA" [6]; and the third is that the jury is still out there in what concerns the absolute safety of aluminium-based adjuvants.

Some people have recently asked me for examples of adjuvants and their nature, but because this is not immediately my field I had to browse a little to know that what I am talking about is correct. And I found a few, namely:

- MF59 that is an "oil in water emulsion composed of squalene (an organic compound originally obtained from shark liver oil and that is used in flu vaccines, to the best of my knowledge. This substance is not vulnerable to lipid peroxidation and that is a relevant property for any adjuvant inserted in the human body.

- Aluminium, the available research as shown that this metal that is ubiquitously found, and for that matter people are naturally exposed to it through water, soil and even food; is not harmful if kept below known toxicity levels. One of its great advantages is that it is readily absorbed by the human body. The internal aluminum concentration is identified from urine and also blood, and it has been shown that maintaining these levels below the tolerance values helps in avoiding the development of subclinical signs of aluminium toxicity (i.e., confusion, muscle weakness, speech problems, seizures, bone pain an deformity, paediatric arrested development) [4].

There are also other adjuvants available but not so frequently used in immunisation protocols (due to low commercial demand), such as Monophosphoryl Lipid A (isolated from the surface of bacteria).

As to the organic adjuvants, the same principle of concentration and cause-effects is applied, for organic does not immediately read safe. All biological substances can be toxicants if applied with a nefarious concentration or when triggering detrimental biochemical processes. Think about snake's venom, the right concentration has been used to improve spasticity, cancer-related issues, you name it. The wrong concentration can kill!!

Before any populist sporadic decision by the consumer, it is very important to understand that the safety of all vaccines is closely monitored by many professional health regulators. Even though it is important to keep researching to identify more optimised and effective adjuvants, presently their safety is genuinely established to the toxicity levels of all ingredients known to have a cause-effect in the human body, particularly with vulnerable patients. The vaccination process has safeguarded entire populations from pathobiological devastation and its science must be respected and reported for its proven grounds and robustness. However, bringing the topic to the discussion table is also relevant for the democratisation of science, so people don't fundament their decision based on unsupported non-scientific principles shared via social networks, rather than the consubstantiated science that is available for all at reach of an article... just like this one.

I hope I have helped with my share. The ultimate education is responsibility of the person who questions the principle behind any solution.